What is MOLLE? What are MOLLE gears?

Often, MOLLE and PALS are used interchangeably. Are they the same thing with two different names?

Not necessarily, since MOLLE compatible gear normally has webbing on the front and/or sides of the equipment and the webbing, also known as PALS, stands for Pouch Attachment Ladder System which is the horizontal grid of repeating fabric webbing strips allowing the users to configure their gear to their own needs using a standard arrangement.

Thereby, briefly, PALS is a type of webbing, and MOLLE is a type of modular gear that’s fastened through this webbing.

We’ll be highlighting the user-oriented configuration of the MOLLE belt, which is consummate whenever the wearer needs access to critical gear, but wants it swiftly, at the rate of knots.

During transport, cycling, on the battlefields, the lightweight and maneuverability of battle belts are unparalleled. Although they’re cushioned, and PALS webbing is used to line them with stiffeners to toughen them up, and outfitted with gear like a handgun, pouches, health kits, etc.

Now that we’re aware of the basics of this specific MOLLE gear, it’s essential for us to know how to make the best out of our gear through some pointers.

The most important step of all is to choose a belt according to your personal feasibility.
Choosing the perfect battle belt will lead to a smoother and convenient output in the field of accessibility. These are the considerable features you must go through before choosing the belt you prefer.

i) Durability: A lot of weight is going to be exerted upon your belt, so make sure your belt can endure the amount of weight you plan to put over it.

Consider starting with a comfortable, padded belt with a good amount of height and width so it’s able to disperse the weight equally all over.

ii) Comfort: It’s always better to imagine your environment to be adverse or critical while you choose the battle belt which suits you the best, so it does not add more constraints to your mobility.

iii) Arrangement competence: Choosing the belt with the most flexibility regarding the organization is compulsory in this case.

It’s also recommended to have a secure holster, a multi-tool or combat knife, individual first aid kit pouch, dump pouch, and mag pouches to make the belt as accessible as possible.

To put the essential things in the most accessible way should be the primary goal of the belt. Avoid putting excessive load over the belt so that the belt doesn’t need the support of any suspenders.

It’s vital to remember that the battle belt is often supplemental to other gears, hence a suspender might get in the way of other equipment and result in getting tangled up. Consequently, The belt aims at holding lightweight, basic practicable fighting/health kits.

Since the belt is composed of a modular system, the setup can be changed and it’s great for organizing the essentials in the most minimalistic. It’s better to not weigh the gear with too much load since it can cause more harm than good.

Although attaching drop leg holsters and pouches can be capacious, we have to be mindful of the fact that attaching anything to your leg can increase your energy consumption by a good amount of percentage which will result in your portability being slowed down. Make sure the entirety of the weight is distributed in your belt thoroughly.

If the usage of leg configurated gears are a must, it should be positioned as far up in the waist as it could go.

Plastic connectors which lower the holsters a few inches without being attached to the leg can be used alongside leg straps for stabilization.

Certain holsters might even need MOLLE adaptors to connect to your MOLLE belt which has the PALS webbing for better utilization.

Things you might want to keep in mind while picking your MOLLE belt include looking for apertures for a drop leg system or holster, and the amount of fluctuation of heat buildups with the sizing of the belt.

If you plan on using a plate carrier or chest rig, a larger MOLLE belt could interfere with your chest gear, however that may not be a concern if you plan on keeping your upper body gearing to the minimum basics.

The idea behind MOLLE belts is that it should be portable enough to not be a hindrance even while carrying out light duties, yet it should allow you to carry enough gear to be useful during a fight. It should not interfere with athletics, riding vehicles, or even crouching. 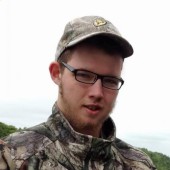 Zack Williams is the founder of tacticalslab. He is a Hunting and Gun expert. He also likes to share experience about gun and hunting. this website will provide values to the readers who have interests in tactical and hunting equipment.

Recoil Pads: How They Help Shooters for Fun, Sport and More

A Battle Belt for Home Defense